The helipad on the rooftop of the new MUSC Shawn Jenkins Children’s Hospital (SJCH) advances aircraft capabilities that will deliver the most optimal care to the sickest children in the state.

While MUSC has long had capabilities for air ambulance arrivals of patients and averages more than 1,000 landings every year, the new helipad has been engineered with strengths that are new to the healthcare system. 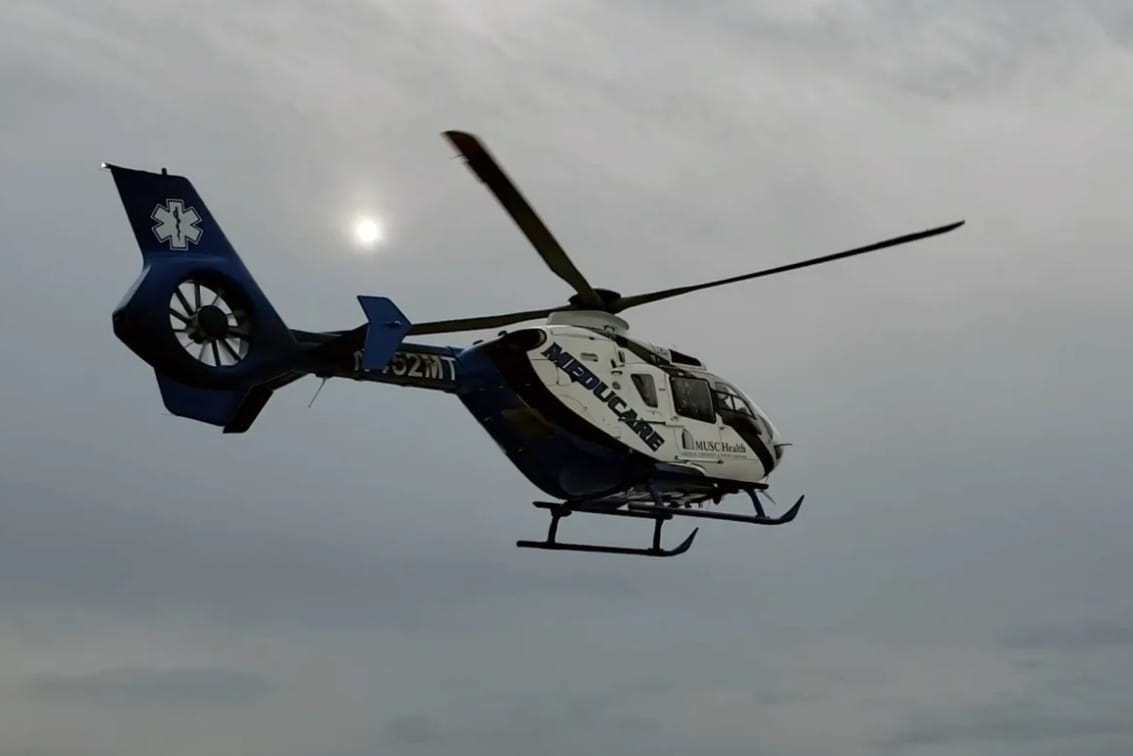 Gopi OmRaju, senior project manager for MUSC Shawn Jenkins Children’s Hospital, said, “Clinical and executive leaders worked closely with local, state, and federal officials and included local United States Coast Guard officials to assure that the helipad would be capable of handling not only the day-to-day air ambulance operations, but also large rotary wing aircraft that are used in rescue operations, which are common to the coastal location.”

MUSC Chief of the Children’s and Women’s Health and Chief Medical Officer for MUSC Children’s Hospital Mark Scheurer, M.D., added, “The State of South Carolina provided some grant funding for development of the helipad that recognizes the state’s commitment to the high level and importance of care provided at MUSC.”

The 22,000 pound helicopter rooftop helipad is designed to handle the weight of a UH-60 Jayhawk should such a need arise. The helipad has also been designed to sustain the forces of landing a helicopter with 50kts sustained ambient winds.

According to OmRaju, MUSC also took additional steps to add technology capabilities that are not available at any medical install helipad/heliport in the Lowcountry area. Some of the technology enables the aircraft to rely on GPS for all phases of the flight including precision landings.

The helipad also will be IFR (instrument landing system) rated. It is the only helipad for healthcare that is certified for inclement weather such as low clouds, fog and rain. Very few rooftop helipads have this capability.

OmRaju said that they have requested assistance from the U.S. Coast Guard to run UH-60 tests on the new helipad to:

MUSC Children’s Health offers the state’s only Level 1 Pediatric Trauma Center, and the helipad will play a crucial role in bringing critically ill or injured children directly to the new MUSC Shawn Jenkins Children’s Hospital. An express elevator on the helipad transports children to the trauma and emergency area. It will save valuable minutes that are currently expended in transporting patients from the current helipad which is several blocks away from the existing Emergency Room or from Charleston AFB/International during inclement weather.