Expanded Program Provides the Most Advanced Care for Cardiac Arrhythmias

Ventricular tachycardia (VT) is a rapid and potentially life-threatening rhythm originating from the bottom chamber of the heart (ventricle). In patients with heart disease, VT deteriorating into ventricular fibrillation (VF) is the most common cause of the 450,000 sudden cardiac deaths in the United States each year.1 Ventricular fibrillation is defined as a heart rate of more than 300 beats per minute in an uncoordinated rhythm, which is fatal within a few minutes if not defibrillated (shocked) back to a normal rhythm.

Treatment options for VT are an implantable cardioverter-defibrillator (ICD), antiarrhythmic medications, catheter ablation or some combination of these. Catheter ablation is indicated for VT patients for whom medications or ICDs have not been effective. During catheter ablation, radiofrequency energy cauterizes the “hot spots” from which the arrhythmias arise, preventing the electrical conduction that causes the irregular heartbeats.

As part of the expansion of the Heart & Vascular Center’s comprehensive services in advanced heart failure, MUSC Health has named Jeffrey R. Winterfield, M.D., as director of the VT ablation program. Winterfield comes to MUSC Health following five years as an assistant professor at Loyola University Medical Center in Chicago. During his fellowship training at Brigham and Women’s Hospital and his faculty position at Loyola University Medical Center, Winterfield worked with William G. Stevenson, M.D., and David J. Wilber, M.D., respectively, two of the nation’s leading experts in clinical cardiac electrophysiology. In 2016, Winterfield was recruited to MUSC Health for his expertise in catheter ablation of complex arrhythmias, particularly VT, and premature ventricular contractions. He joins Frank A. Cuoco, M.D., MBA, associate professor of cardiology and director of cardiac electrophysiology, in performing VT ablation and other complex ablation procedures.

Patients for whom VT ablation is indicated include: 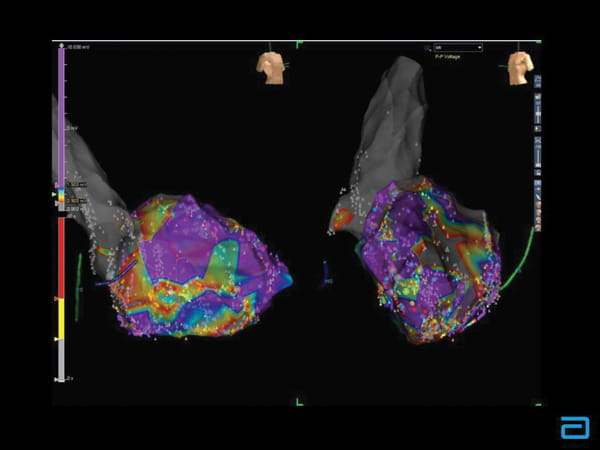 MUSC Health has also invested in the expansion of catheterization laboratory space and the cardiac mapping technology that enables physicians to manage and treat irregular heartbeats. The Heart & Vascular Center is one of 12 heart centers in the U. S. to offer the newest generation of computerized mapping systems for treating arrhythmias with catheter ablation: the EnSite Precision™ cardiac mapping system (Abbott, Abbott Park, IL). The system enables physicians to visualize and navigate catheters in the heart while diagnosing and treating cardiac arrhythmias.

Winterfield and Cuoco are using the EnSite Precision™ system to treat atrial fibrillation, VT, and supraventricular tachycardia. They are performing an average of four VT ablations a week.

“We’re beginning to be able to map the cardiac chambers in three dimensions with high resolution and reduce the need for mapping in the arrhythmia to make the procedure safer,” say Winterfield. “It’s a very exciting time in this field. We are participating and developing trials to better address novel ablation tactics and tools for better outcomes.”

This new technology uses intelligent automation tools and collects high-resolution data much faster than before, reducing patient and clinician exposure to fluoroscopic radiation. In addition, says Winterfield, “it allows us to see electrical signals in the heart to get a sense of how the heart is activating itself and how the electrical specialized conduction system of the heart is working in transmitting signals through the heart muscle.”

MUSC Health has emerged as the highest volume center in the U.S. for application of this technology. Ablations have been successful in meeting prespecified endpoints in all cases, and no major procedural complications have occurred. In partnership with other academic institutions, MUSC Health will create a registry to track safety and outcomes data with this new technology and will conduct a study of a new procedural workflow to enhance ablation safety and outcomes with reduced procedure time.

Watch a video interview with Dr. Winterfield about VT ablation. 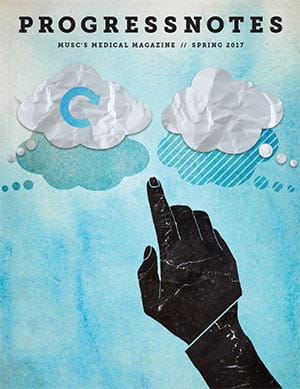