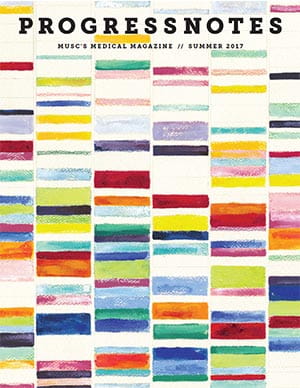 After stroke or TBI, brain cells in the vulnerable region next to dead cells — the ischemic penumbra — are vulnerable to inflammation and edema. When there is injury in regions that control motor function, the chances of recovering movement through rehabilitation drop as months pass.1

Researchers in the trials believe that recovery can be accelerated or extended within the ischemic penumbra. When injected in such a vulnerable region, the modified stem cells work by secreting factors that stimulate the brain’s natural ability to repair itself, according to preclinical studies. They do not turn into brain cells, but rather help the stressed cells build strong connections with each other and with healthy cells.2

Not every site in the trials — the ACTIsSIMA trial for chronic ischemic stroke and the STEMTRA trial for TBI — has both the neurologists needed to comprehensively evaluate patients and the neurosurgical expertise to implant the modified stem cells in the correct brain regions. To address this, the trials include stereotactic surgeons at implant sites and neurologists at assessment sites who collaborate to evaluate and treat patients.

In those cases, MUSC Health neurosurgeon Istvan Takacs, M.D., volunteers his stereotactic skills. In designing a treatment plan, Takacs works with neurologists to construct a computerized atlas of a patient’s ischemic penumbra from MRI. Using the atlas as a guide, stereotactic surgeons such as Takacs use minimally invasive techniques to inject millions of modified stem cells into precise areas within the ischemic penumbra. Patients are followed closely thereafter with MRI and motor function tests.

Researchers in the trials do not expect the treatment to help patients recover all the movement that was lost after their stroke or TBI. Yet, in addition to speeding recovery after injury, the treatment might extend the time window during which recovery can be achieved through neurological and physical rehabilitation. In fact, patients who have had motor deficits for as long as five years are being accepted into the trials. Such deficits are usually considered permanent a year or two after injury, according to Takacs.

“I don’t think this particular stem cell therapy will cure brain injury, but it will perhaps take recovery a little farther than it would otherwise have gone, and it will reach that endpoint hopefully sooner,” says Takacs.