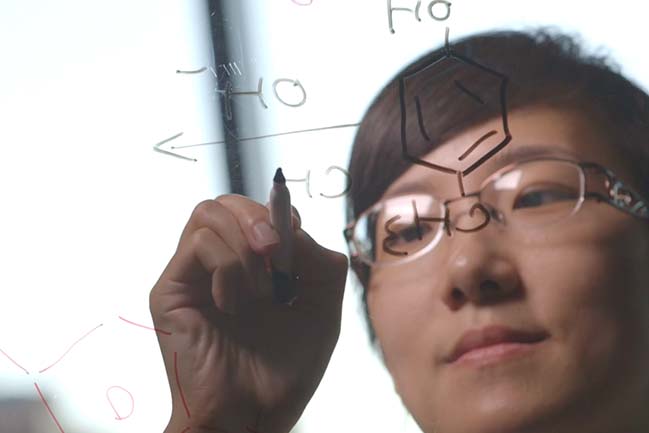 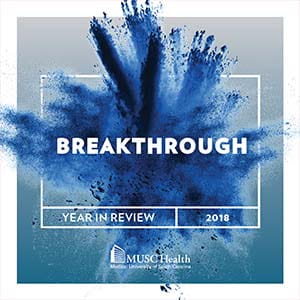 John M. Wrangle, M.D., a medical oncologist at the MUSC Hollings Cancer Center, says it’s a promising therapy that can be delivered in an outpatient setting. “Seventy-five percent of lung cancer patients unfortunately are diagnosed at an incurable stage. So people don’t talk about curing patients with metastatic lung cancer. We now get to flirt with that idea for certain patients using immunotherapy,” says Wrangle. “And at the very least we have a significant proportion of patients enjoying prolonged survival, even if we can’t call them ‘cured.’”

Along with immunologist Mark P. Rubinstein, Ph.D., also of the Hollings Cancer Center, Wrangle designed a clinical trial that started in 2016.

Patients with metastatic non-small cell lung cancer will always progress after chemotherapy, so most patients go on to be treated with checkpoint immunotherapy. Checkpoint therapies work by cutting the brake cables on the white bloods cells that are inherently able to kill tumor cells.

If 10 years ago you were talking about defining a five-year survival rate for metastatic non-small cell lung cancer patients, someone would laugh in your face. It’s just a very different time now.

“Tumor cells often produce suppressive factors that essentially put the brakes on tumor-killing white blood cells,” explains Rubinstein. “What’s unique about the therapy that we’re testing is that, in addition to cutting the brake cables on white blood cells, we’re providing fuel to them so that they can more effectively kill cancer cells.”

Wrangle and Rubinstein’s therapy is a combination of a checkpoint drug, nivolumab, with a new and powerful immune stimulation drug, ALT-803 (Altor Bioscience, Miramar, FL). “What’s unique about our trial is that it’s two completely different types of drugs that have never been combined in humans before, and the trial demonstrated that these drugs can be safely administered, and also, there’s evidence that it may help patients in which checkpoint therapy is not good enough alone,” says Rubinstein. 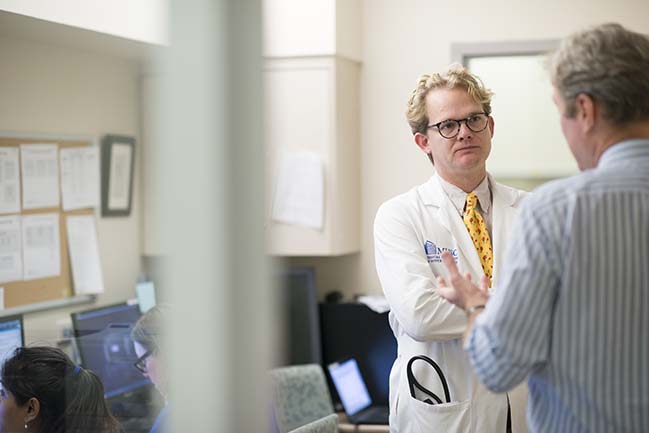 “We can reassert control, at least in terms of stable disease, in essentially everybody we’ve treated so far,” Wrangle says.
“In the past decade, immunotherapy has joined surgery, radiation and chemotherapy as the fourth pillar of cancer treatment. Immunotherapy fundamentally alters the balance of power between your body and your cancer.”

Wrangle credits Rubinstein’s work, instrumental in the development of a precursor to ALT-803, in helping to make this advance. Research into ALT-803 started years ago while Rubinstein was doing his postdoctoral training at the Scripps Research Institute. It was there that he co-discovered the powerful immune system stimulator used in this trial.

“They are an important part of the anti-cancer response that haven’t been really talked about for a long time,” explains Wrangle.

In contrast to other immunotherapies that require admission to a hospital, this new therapeutic combination can be administered in an outpatient setting. “My patients feel like they have the flu, but they go about their day, and it’s totally manageable. That’s kind of the revolutionary part with regard to this class of agent,” Wrangle says.

Much remains to be done before the new combination of drugs can be used outside of a clinical trial. “We need to treat a few hundred patients in order to get a better sense of how to refine the synergy of these two classes of drugs. That’s just going to take time,” notes Wrangle.

Successful trials for the treatment of cancer are incredibly rare. “There are very few people who get the privilege of developing a new therapy for any human disease, much less cancer. Mark and I are now in this weird micro-club of folks who have developed the promise of a new therapy for cancer. That’s such an amazing privilege to be able to do that,” Wrangle says.