Energy drinks may do more harm than good, researchers say

Instead of wiiings, all you might get from energy drinks is a riiise in your blood pressure.

A recent study published in the Journal of the American Heart Association found that caffeinated energy drinks altered the heart’s electrical activity and raised brachial and central blood pressure. The study, which was paid for by University of the Pacific, took place over a six-month period and featured 34 healthy volunteers between the ages of 18 and 40 years old. In the study, researchers noted that those who consumed energy drinks, and not a placebo, significantly prolonged their QTc intervals, which is the time it takes for the ventricles of the heart to contract and relax.

While the impact of long-term energy drinks consumption remains unknown, researchers also concluded that these findings warrant further investigation on whether individual ingredients or a combination of them leads to these changes.

This most recent study is not the first. In fact, in 2015 a group at the Mayo Clinic presented a study demonstrating that a single energy drink raised the drinker’s blood pressure and cortisol levels (a measure of stress), sparking numerous investigations into the health effects of these super-caffeinated cocktails.

Most energy drinks typically contain large amounts of caffeine, sugar, vitamins, as well as stimulants such as guarana, a plant that grows in the Amazon, or taurine, an amino acid that’s naturally found in meat and fish. The FDA regulates most food products to ensure they’re safe for human consumption. Coffee and soda, for instance, can’t be too high in caffeine, lest they cause heart problems.

But most energy drink makers have found a loophole whereby they classify their products as food supplements. And while the FDA regulates dietary supplements and ingredients, it does so under a different set of regulations than those that cover conventional foods, leaving manufacturers able to put as much caffeine in them as they want. They can even mix caffeine with other stimulants in such a way that could cause cardiovascular or nervous system problems.

“Most of the ingredients in energy drinks individually don’t cause harm but what we still don’t know is the synergistic effect of all those things,” Sodexo Wellness dietitian Debbie Petitpain said. “You make a cocktail out of all of them, and who knows?”

The World Health Organization has said that high consumption of energy drinks may pose a danger to public health and the American Academy of Pediatrics said children should not consume them.

“The general thought is they shouldn’t be consumed by kids, pregnant women or people with high blood pressure, heart disease or on prescription medications,” Petitpain said. “So, who’s left?”

In spite of all this, the global energy drink market continues to grow. It was worth $39 billion in 2013 and is forecast to reach $61 billion by 2021. Petitpain believes a big reason for that success has to do with how they are promoted.

“They’ve been marketed as giving you an edge,” she said. “Not just athletes. For us at MUSC, it means a student who needs to stay up and study or the physician who’s going into the OR for the fourth time today. They have this halo about them that they’re going to enhance your performance. And who doesn’t want that?”

Petitpain said that even though this latest study wasn’t particularly large, it’s a step in the right direction. She thinks the reason more – and bigger – studies like this haven’t been conducted on energy drinks is because of the cost.

“Who’s going to pay for them? Red Bull?” she asked. “We are just cracking the door on studying these things. We need to do more research so we’re not all part of one big public health experiment.” 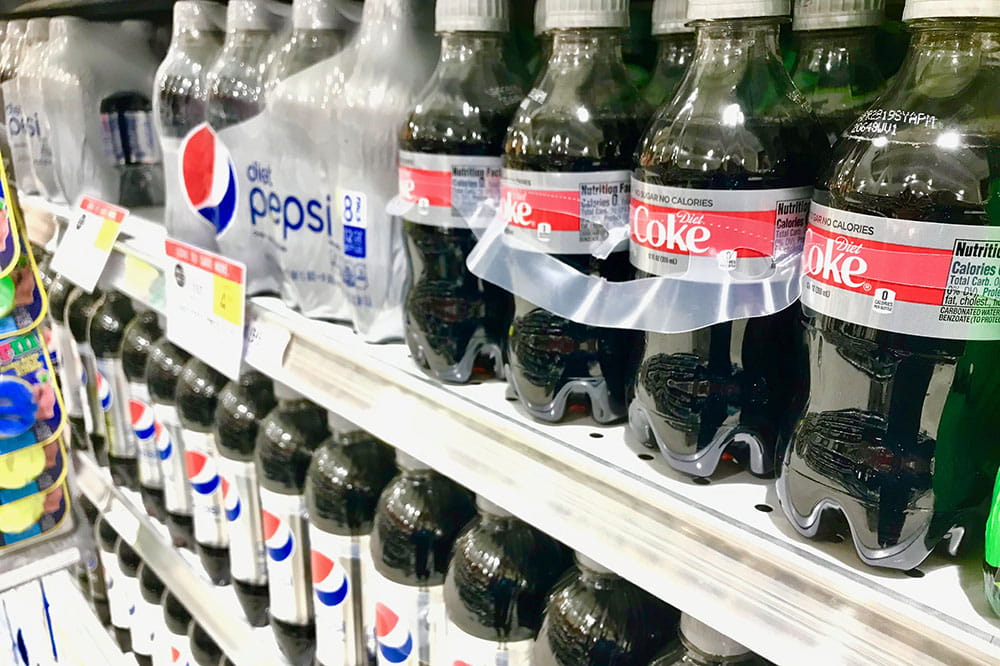 Researchers have found a link between women drinking two or more diet sodas a day and an increased risk of stroke.