For more information about Nissen fundoplication at MUSC Health, call

What are solid organs?

The organs in the abdomen perform a number of functions, but digestion plays a major part. Organs that pass food are by definition hollow, thus are not deemed to be solid organs. From the mouth to the anus is a large system of hollow organs that in some way modify the food you eat into elements that sustain the body. Some of these organs include the esophagus, stomach, small intestine (or small bowel), colon and rectum.

But along the way, there are other organs that secrete juices that operate on the food we eat, as well as control the amount and distribution of the types of food and water that are necessary for the human body to survive. These organs —the liver, pancreas, spleen and adrenal glands— are not hollow and thus are referred to as solid organs.

Laparoscopic surgery, which has eliminated the need for large incisions, facilitates the resection (or removal) of solid organs. It has revolutionized the way surgeons approach many general surgical problems. Although laparoscopic techniques cannot be used for every procedure or for every patient, they certainly have developed an increasing role.

Laparoscopic procedures have greatly enhanced a surgeon's ability to perform a surgery (such as solid organ resection) with minimal pain and a more rapid recovery for the patient. This is one example of a general move towards "minimally invasive therapy", reducing the burdens of treatment. The ultimate goal would be to treat all conditions externally, without the need for any invasive, or open, procedures. 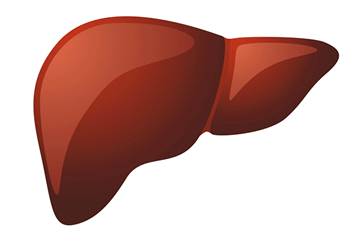 What is the Liver?

Located in the upper, right-hand portion of the abdomen up under the rib cage, the liver is the second-largest organ in the body. A very complex and dynamic organ, the liver manages clotting factors in the blood, cleanses the blood of toxins, controls numerous enzymes and proteins, controls cholesterol levels, and produces bile to aid in the digestion of food. Unlike most organs, the liver can regenerate lost tissue, and this fact has had an enormous impact on the field of liver transplantation. 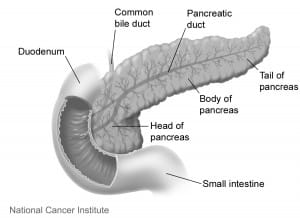 What is the Pancreas?

The pancreas is a gland about the same size and shape as a small banana, found in the upper abdomen partially behind the stomach, near the spine. When food enters the stomach, specific cells in the pancreas release pancreatic enzymes (or juices) into a system of small ducts that ultimately lead into the first portion of the small intestine called the duodenum. As food empties from the stomach, these juices aid in its digestion. Another function of the pancreas involves the production of two hormones, insulin and glucagon, which work together to regulate proper blood sugar levels in the body. 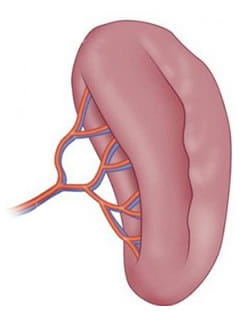 What is the Spleen?

The spleen is a small organ (not involved in the digestive process) that lies in the left side of the abdomen partially hidden behind the stomach and lower ribcage. Its primary function is to filter blood by removing old blood cells and recycling iron. In addition, the spleen synthesizes white blood cells that aid in the repairing of damaged tissues and also holds a reserve of red blood cells in the event of a dramatic loss of blood. 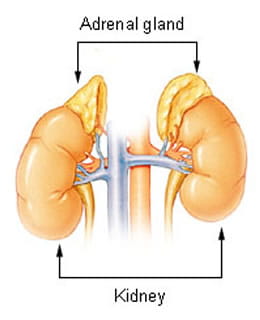 What are Adrenal Glands?

Adrenal glands, also not involved in the digestion of food, are located at the top of the kidneys and release hormones in response to stress, as well as affect kidney functions through secretions. One of the major hormones made by the adrenal gland is cortisol, too much of which can cause symptoms of weight gain, elevated blood sugars, menstrual irregularities, increased thirst, higher blood pressure and even more frequent infections. Low cortisol symptoms can include sugar or salt cravings, low blood sugar, low blood pressure, skin rashes, allergies, depression and anxiety. Both high or low levels of cortizol can also result in poor sleep and fatigue symptoms.