Diarrhea refers to the passage of loose or liquid, and often frequent, bowel movements. Diarrhea can be acute or chronic, infectious or non-infectious.

When the body begins to lose too much water, it also loses vital electrolytes that are necessary for cell function. This is why dehydration is a serious condition, especially in small children and elderly people.

The symptoms of dehydration may include:

While seemingly innocuous, severe dehydration can cause death. Diarrhea that causes any of these symptoms should be referred to a doctor for immediate treatment. 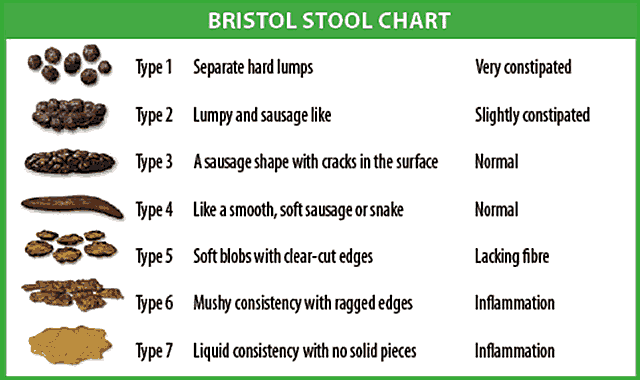 In many cases of inflammation or cancer, additional features such as bleeding or weight loss will also be present.

The treatment for chronic diarrhea will depend primarily on the cause, and patients should attend their physician who may perform diagnostic tests such as:

In addition to diarrhea, other symptoms such as vomiting, stomach cramps and dehydration may be troublesome, and diarrhea can be blood stained during a severe infection.

Most cases of acute diarrhea are caused by infection with a bacterial or viral organism and tend to clear up within 24 hours. These cases are commonly associated with a stomach flu, stomach bug, food poisoning or gastroenteritis. Frequently occurring while vacationing in a foreign country, these infections are commonly referred to as traveler's diarrhea.

Other causes of acute diarrhea include:

Also, be aware that excess alcohol, large amounts of fruit, and hot, spicy foods can cause symptoms similar to infective diarrhea.

Traveler's diarrhea is the most common health problem suffered by visitors to foreign countries. Depending on country of origin, destination, and eating and drinking habits, between 25 and 60 percent of tourists will be affected by diarrhea. Many cases of traveler's diarrhea result from overindulgence at the dinner table or poolside bar!

The cause of traveler's diarrhea is usually an infection of the small intestine by:

When traveling to foreign countries, it is often strongly advised to:

Acute/traveler's diarrhea is usually a self-limiting illness lasting less than 36 hours, but can be more severe, especially in children, elderly persons and those with additional diseases such as heart disease.

All that is generally required during an episode of infective diarrhea is dietary restriction and replacement fluids to prevent dehydration. (Fluids containing salts and sugars are recommended.) However, a physician should be consulted during more severe or prolonged episodes, or when dehydration, rectal bleeding or a high body temperature is present.

Medications have also been used to combat diarrhea, with some antibiotics and anti-diarrheal having proven effective in shortening the length of episodes.

However, there are some worries in the medical profession that the wide-scale use of antibiotics may result in the emergence of new organisms that are resistant to currently available antibiotics.

There are also some concerns about the use of anti-diarrheal medicines, such as:

When food is reintroduced to the diet, it should initially consist of bland items such as rice, eggs and soups.